The Café de Flore and the Deux Magots; the essential Parisian literary cafes

Ideally located a five-minute walk from the Hotel d'Angleterre, the Café de Flore and the Deux Magots embody the tradition of the famous cafés of the historic Saint Germain district, which have long been the haunts of intellectuals and creative types. Two great places for you to discover during your stay!

Nestled in the heart of Saint-Germain-des-Prés, the Café de Flore is an institution in the capital. This legendary place has maintained the feel of a typical Parisian café since it opened in the late 19th century. The Flore has a proud history of being a centre for philosophical debates, literary meetings and artistic reveries. Between the two World Wars, the place was a fashionable hub for many authors and artists such as Robert Desnos, George Bataille, Raymond Queneau, Boris Vian, Albert Camus, Marcel Carne and Picasso. In the 40s, the celebrated couple, Jean-Paul Sartre and Simone de Beauvoir spent much of their time there, to the point where it became virtually their second home.

The Deux Magots, a Parisian legend 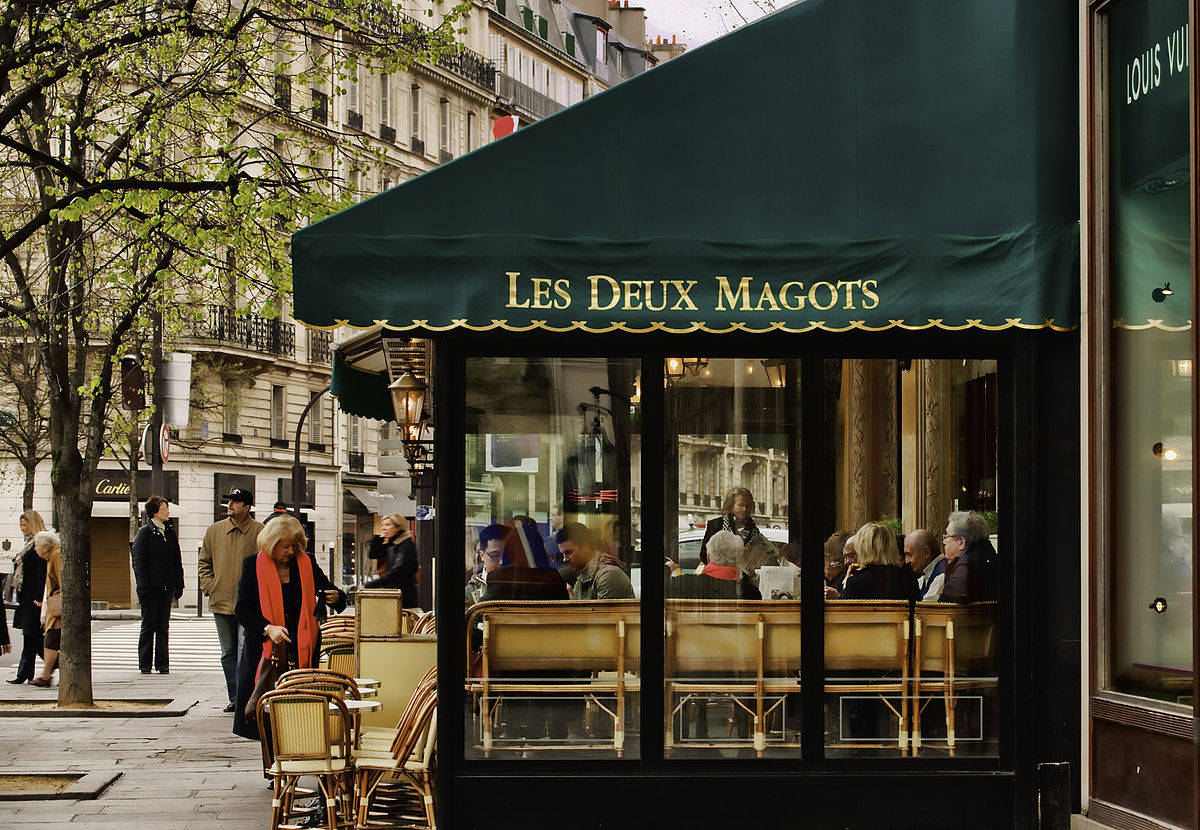 The Deux Magots café is just as famous. Located in the main square of Saint-Germain des Prés, it enjoys a breathtaking view of the Abbey of Saint-Germain, the oldest extant holy building in Paris. This typically Parisian brasserie holds the distinction of opening the literary prize season each year with the Prix des Deux Magots, awarded in January. Among the establishment’s former regulars were such luminaries as Stéphane Mallarmé, Paul Verlaine and Arthur Rimbaud, Simone Beauvoir, André Gide and André Breton, and even today it is still visited by various national and international celebrities.

The worlds of the arts, literature, fashion and politics continue to be a part of these legendary cafes forever associated with the City of Light.

Hotel d'Angleterre, a charming hotel at the heart of Saint Germain des Prés